What I’m listening to: He’s a Rebel by The Crystals

It’s June. That means the beginning of summer, avoiding your third cousin’s wedding invite, and of course, blueberry season. I’ve gone u-picking for years, but for the non-hippie children in the back I’ll elaborate. Basically it means you drive out to a farm and spend a couple hours battling bugs, heat and the odd small animal for the right to search for blueberries you could buy at Kroger. Except that u-pick blueberries will be the most amazing blueberries you’ve ever had. The endless piles of berries that you heaped in your plastic bucket will be gone within a matter of days (they make the most amazing desserts). So anyways, here is my absolutely factual recipe for blueberry cobbler, from farm to table. (And yes, you are allowed to punch me for saying something so pretentious.)

First step is to find your local u-pick place. They’ll give you a bucket, and off you go. 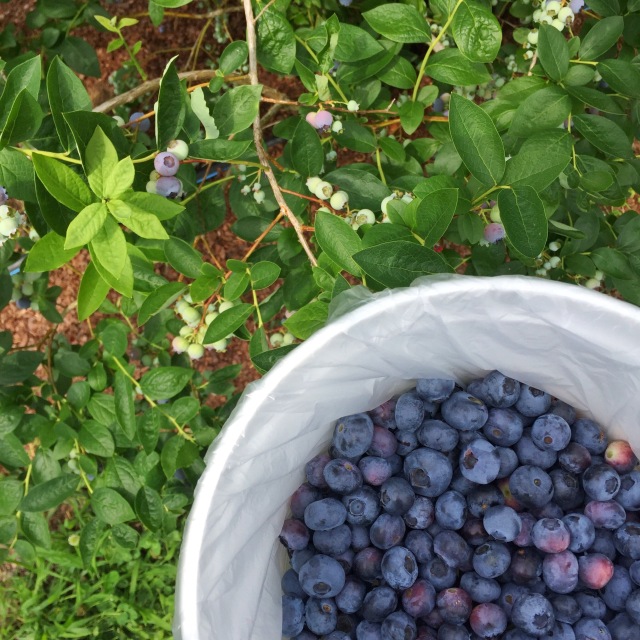 If the blueberries are ripe they’ll be indigo and almost fall off the branch. 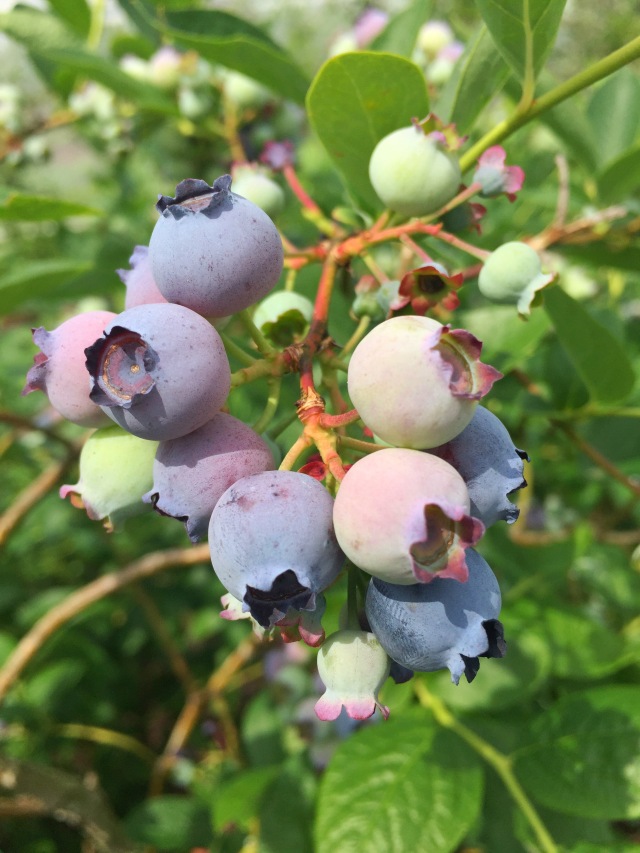 (If they look like the berries shown above, move along, they’re not ready.) 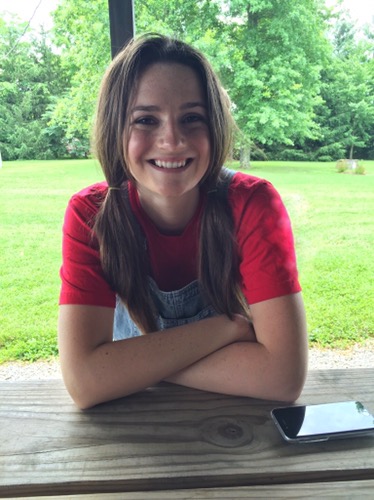 Now that you’ve picked all those blueberries, take a well deserved break. After all, you just did hard labor your great-grandparents would have considered a vacation. Now you’re ready to go home and make your cobbler. Here’s what you’ll need:

First, melt the butter and pour it into the casserole dish.

Next, mix the flour, sugar and milk together in a separate bowl.

Once it looks like the above picture, pour it directly onto the butter. DO NOT MIX!

It should now look like this. Pat yourself on the back, you’re almost done. Now dump the blueberries on top of everything. (Yes, on top. And don’t even think about mixing it.)

Throw it (not literally) into the oven at 350 for an hour.

All done! Top with ice cream (I know, I know, I’m betraying my Georgia roots but ice cream beats whipped cream any day of the week in my book.)

And enjoy! Seriously though, just to give you an idea of how many blueberries were picked here’s a bonus picture. 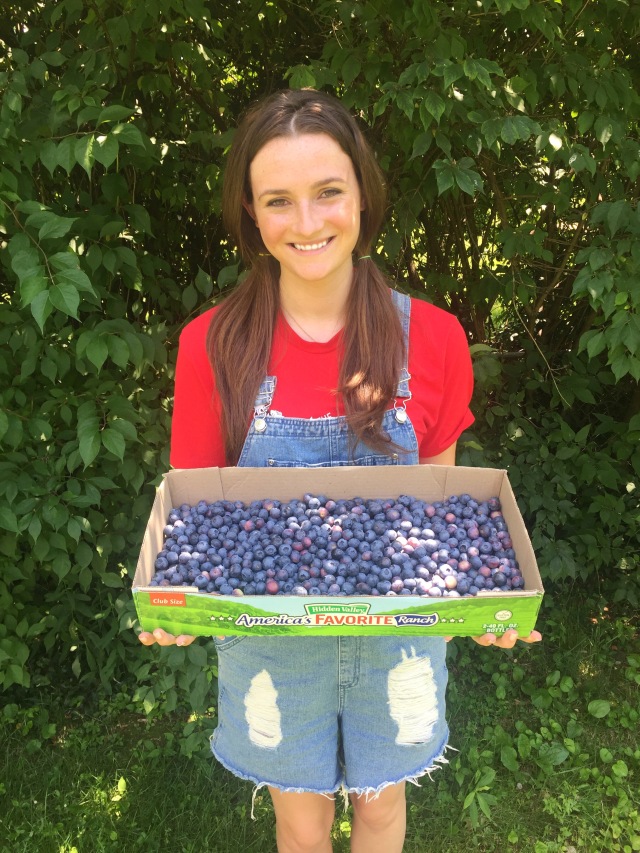 Hi! I'm Kathleen-June and I believe that a good personality is the best accessory, (followed quickly by a great pair of heels). I run a blog about fashion and the things I do, and am a secret lover of all things Myers-Briggs.